Spider Notes: Pre-Order To Money and a TV

To Money and a TV (Benedict Forecast #2)

And if you don’t have the first book, the award winning NEVER BEEN TO MARS, you can buy it now!!

Never Been to Mars (Benedict Forecast #1) 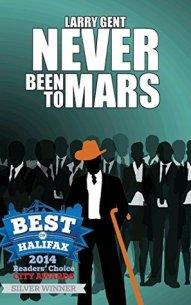 Ever since Benedict came back from Iraq, he’s been different.  He can’t stand people, he ignores his family and he has psychic powers.  He hates his powers.  All Ben wants to do is ignore his powers, ignore the world and just enjoy movie after movie thanks to Netflix but when his nephew Robbie goes missing Ben is forced to man up and uses his powers to find him.

This entry was posted in Books, Uncategorized and tagged Books, never been to mars, to money and a tv. Bookmark the permalink.